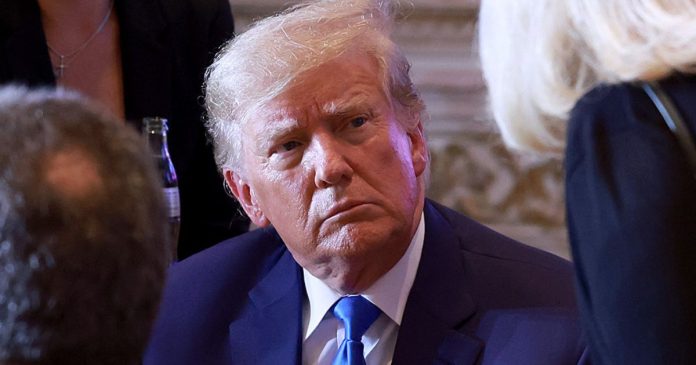 Trump particularly targeted Florida Gov. Ron DeSantis, a popular conservative considered by many to be the only leader with any chance of defeating Trump in a presidential primary.

Trump unleashed the series of messages on Thursday.

Four of the “Truths” targeted DeSantis in what could be best described as a stream-of-consciousness rant.

Trump took credit for DeSantis’ political career and popularity in the messages, painting a picture of himself as the governor’s political ‘godfather.’

DeSantis did, in fact, build his candidacy for Florida governor by marketing himself as a Trump supporter.

The hit against Youngkin may have been spurred by criticism from Virginia’s lieutenant governor.

Winsome Earle-Sears, Youngkin’s second, called for the Republican Party to move on from Trump in the future after the midterms, going so far as to call the 45th president a “liability.”

Trump’s barbs could amount to a preemptive declaration of war in a 2024 Republican primary.

DeSantis has been hesitant to fire back at Trump, with a volley in response likely to be considered a declaration of war in a tentative primary.

Some conservatives have identified Trump as the figure most deserving of blame after a midterm election night in which Republicans underperformed expectations and appear unlikely to secure a majority in the U.S Senate.

Trump already is willing to fight off what he perceives as challenges to his de facto leadership role in the party.

The former President referred to Ron DeSantis as his “competition” during an in-flight discussion with members of the media before Election Day, going so far as to threaten to release dirt on the governor in the event he challenged him for the nomination.

Pre-midterm polling consistently shows Trump as the heavy favorite in a competitive GOP presidential primary, at times securing an outright majority of support.