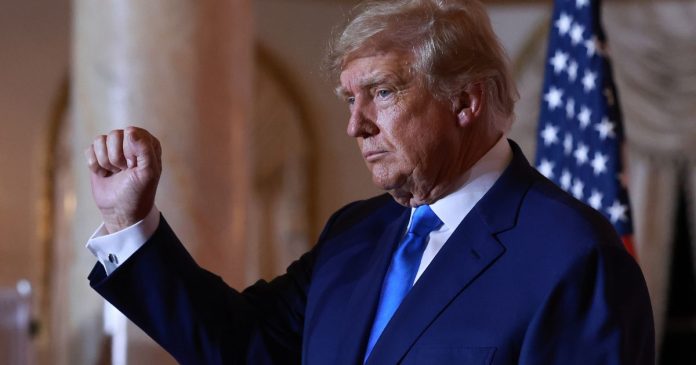 November 11, 2022
Reading time: 4 min.
Facebook
Twitter
Pinterest
WhatsApp
“The fault, dear Brutus, lies not in our stars, but in ourselves, that we are underlings,” says Shakespeare in “Julius Caesar.” So too for the Republican failure (so far) to take the Senate and to win key governorships in New York, Pennsylvania, Michigan, Minnesota and Wisconsin.

Searching for a chance to scapegoat Donald Trump, the “Never Trumpers” have found a champion, they hope, in Ron DeSantis.

But the blame cannot be laid at Trump’s feet. We lost for three reasons having nothing to do with the former president.

1. We didn’t raise nearly enough money. Democrats spent $360 million on the key Senate races while Republicans lagged behind at $195 million. Why did John Fetterman beat Mehmet Oz? Could it have anything to do with a 2-to-1 funding edge for the Democrats?

After we learned that we had lost Pennsylvania, many hoped that Don Bolduc would come to our rescue by winning a seat in New Hampshire. What a foolish hope when Sen. Maggie Hassan outspent him $26 million to $2 million!

We are accustomed to Big Tech censorship. But their multimillion-dollar checks to Democrats did far more damage. How can we expect to win when we fail to fund our candidates?

So many of us were armchair warriors, decrying President Joe Biden’s policies but not reaching deep enough into our own wallets to put our money where our mouths were.

2. We did not get out the early vote. As I pointed out in my book “The Return: Trump’s Big 2024 Comeback,” we cannot afford to let the Democrats pile up votes in October and even in September and wait for a massive Election Day turnout to bail us out.

Is Trump to blame for Republicans underperforming?

Many of our voters refused to vote early by mail because they were afraid that their votes would be “misplaced” by fraudulent Democrats. But they didn’t turn out in sufficient numbers in early in-person voting, either.

The very concept of a single Election Day is obsolete. Some of us may wish this were not true, but rather than howl at the moon, let’s win at the Democratic game by casting early votes ourselves. How can we expect our candidates to make up deficits of hundreds of thousands of votes before polls open?

We all know people who planned to vote on Election Day but did not. The kids got sick, work piled up, the day went by too fast. For Democrats, no problem, there is always tomorrow, but not so with Republicans who wait for Election Day, for whom there is no tomorrow.

3. If there is one man to blame for the Senate failures in 2022, it is Minority Leader Mitch McConnell. Acting out of a combination of personal pique and political opportunism, he gutted too many of our candidates because he feared they would not back him for majority leader.

By trash-talking and withholding funding, he made it next to impossible for Blake Masters to win in Arizona, Oz to prevail in Pennsylvania, Bolduc to carry New Hampshire and Leora Levy to defeat Blumenthal in Connecticut. His obstinacy also made it harder for Herschel Walker in Georgia, Ted Budd in North Carolina, J.D. Vance in Ohio and Ron Johnson in Wisconsin.

In the meantime, his PAC spent millions for Lisa Murkowski, whose opponent was a Republican.

He appealed for donations saying that his PAC was where to give to stop Biden’s senators. But McConnell was determined that Trump’s Senate candidates would not win so they would not have the chance to vote against him for majority leader. And he may have succeeded only in electing himself minority leader again.

In Donald Trump, we have a unique candidate for 2024. He is a hybrid candidate — part challenger and part incumbent. As a challenger, he can attack Biden’s record and make bold promises for the future. And as a part-incumbent, he can show that he always delivers on his promises.

Don’t throw away the best president we Republicans have had since Lincoln and Reagan just because a new guy has caught our fancy.

Dick Morris is a former adviser to President Bill Clinton as well as a political author, pollster and consultant. His most recent book, “50 Shades of Politics,” was written with his wife, Eileen McGann.