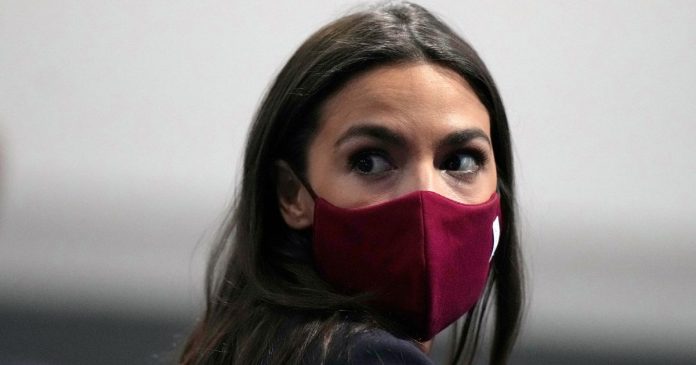 November 10, 2022
Reading time: 4 min.
Facebook
Twitter
Pinterest
WhatsApp
Tuesday night’s election may not have turned into the red tsunami for which many political prognosticators had hoped, but there were definitely bright spots.Votes are still being counted, but Republicans look all but certain to hold a majority in the U.S. House once the dust has cleared, and the jury is still out with regard to who will control the Senate starting next year.

And then there’s New York. You know Republicans had a good Election Night in New York when Democratic Rep. Alexandria Ocasio-Cortez starts throwing recriminations around on social media.

Even left-leaning Politico was forced to admit that things did not go well for Democrats in the Empire State this week.

“The GOP’s hoped-for red wave looked a lot more like a national ripple in the wake of Election Day — except for deep blue New York, where Republicans picked up three House seats — including defeating the chairman of the Democratic Congressional Campaign Committee,” Politico wrote Wednesday morning.

Those results were enough to set AOC off.

In a series of after-action tweets Wednesday morning, the darling of the far left railed against the insider politics that protected members of the political class at the expense of what she saw as the best interests of New York voters.

NYS Dem party leadership, which was gutted under Cuomo, stuffed with lobbyists, works to boost GOP, and failed to pass a basic state ballot measure to protect NY redistricting, must be accountable.

I called for Jay Jacob’s resignation a year ago and I still hold that position. https://t.co/WM6BJUw4do

After leading the party to a catastrophic ballot measure loss that would’ve saved Dem House seats, the party chair (Jacobs) compared a Black woman Dem nominee to the KKK. He was protected.

Last night’s underperformance is a consequence of that decision.

Last night’s NY underperformance is a testament to years of prioritizing calcified machine politics and favoring over performance, strategy, & organizing.

To win from here, Jacobs must go and we must recenter the party to better value community leadership and small-d democracy.

And here’s something I don’t say very often: Ocasio-Cortez is not wrong. She and I would undoubtedly disagree a great deal on what actually constitutes the best interests of New York voters, but I think we’d largely agree that they haven’t been well served by the ruling political elites in the deep blue stronghold.

“[I]n a state where they are outnumbered by registered Democrats by more than two to one, Republicans posted their strongest statewide performance in decades, using crime and inflation to outrun their party’s performance nationally,” The Times wrote Wednesday. “With the vast majority of the votes counted, Ms. Hochul’s margin looked more like that of a governor of a hotly contested swing state than deep blue New York.”

The Times also pointed at the “shocking upset” of Rep. Sean Patrick Maloney, who had led the Democrats’ House campaign strategy.

I’m not sure how much of a “shocking upset” that was, especially given that RealClearPolitics had rated the race in Maloney’s 18th Congressional District a toss-up going into Tuesday. But it’s clear that AOC was both shocked and upset by how the election went in her home state.

And if AOC isn’t happy about something, that’s a pretty good sign for American democracy and individual liberty — or at least for Republicans.

George Upper is the former Editor-in-Chief of The Western Journal and an occasional co-host of “WJ Live,” powered by The Western Journal. He is currently a contributing editor in the areas of faith, politics and culture. A former U.S. Army special operator, teacher and consultant, he is a lifetime member of the NRA and an active volunteer leader in his church. Born in Foxborough, Massachusetts, he has lived most of his life in central North Carolina.