Trump's Emergency Request Green-Lit by SCOTUS – Did Democrats Just Get Backed Into a Corner? 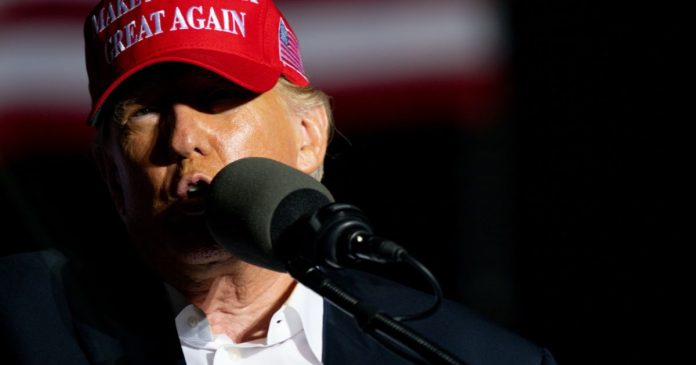 November 2, 2022
Reading time: 3 min.
Facebook
Twitter
Pinterest
WhatsApp
Congressional Democrats waiting to see the tax returns of former President Donald Trump will have to wait a little longer.On Tuesday, Chief Justice John Roberts of the U.S. Supreme Court issued an order putting on hold an appellate court ruling that would have given the Democrat-dominated House Ways and Means Committee access to Trump’s taxes.

Democrats, who have been seeking access to the documents, could have had them as early as Thursday, according to Axios.

The order does not mean that Trump will win his case, only that the court now has more time to consider the emergency appeal his attorneys filed Monday.

As noted by The Washington Post, Roberts is the justice assigned to hear appeals from the Court of Appeals for the D.C. Circuit.

As the Post also pointed out, “time is not on the side of Democrats who run the committee. If the party loses control in next week’s midterm elections, as polling suggests, demand for the records surely will expire in January, when the new Congress is sworn in and control of the committee would change hands.”

In the emergency appeal filed with the court, Trump’s lawyers said the case “raises important questions about the separation of powers that will affect every future President.”

The appeal mocked the claim from the House panel that it was seeking the returns to learn more about auditing procedures for the returns of presidents and vice presidents.

“The Committee’s purpose in requesting President Trump’s tax returns has nothing to do with funding or staffing issues at the IRS and everything to do with releasing the President’s tax information to the public,” the appeal said.

Do you think Trump should be allowed to keep his tax returns private?

The appeal said that if the appellate court’s ruling against Trump is “allowed to stand, it will undermine the separation of powers and render the office of the Presidency vulnerable to invasive information demands from political opponents in the legislative branch.”

The appeal hammered away at the political nature of congressional Democrats’ focus on Trump’s taxes.

“To the contrary, he openly stated that he wanted to disclose the tax returns to enable ‘the media to sift and sort’ them and so the public could see ‘whether he uses tax shelters, loopholes, or other special-interest provisions to his advantage.’”

The appeal said the pretext used by Democrats was flawed.

“As a supposed attempt to study the presidential audit program, the Committee’s request was far off target. President Trump was not subject to that program for half of the tax years in the initial request, and none of the business entities in the request ever have been,” the appeal said.

“The request also purported to study a program that has covered every President and Vice President since 1977 by requesting information related to a single individual.”