Republicans Gain Huge Advantage That Could Give Them Control of Senate 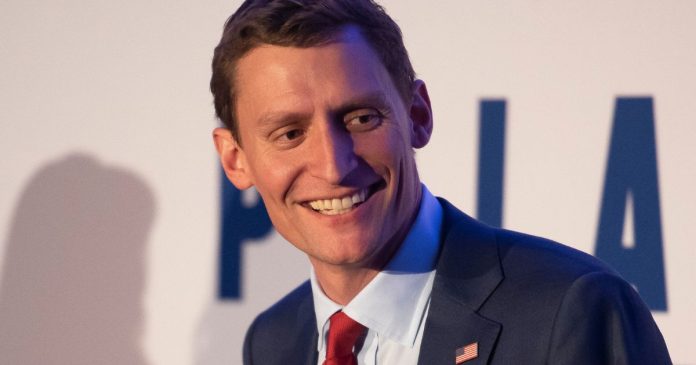 November 2, 2022
Reading time: 4 min.
Facebook
Twitter
Pinterest
WhatsApp
With just one week remaining before the midterm election, the Republican candidate in a close U.S. Senate race in Arizona got some unexpected help — and it could have major national implications.

Libertarian candidate Marc Victor announced in a video posted to social media early Tuesday that he was dropping out of the race and endorsing GOP candidate Blake Masters, who is challenging Democratic incumbent Sen. Mark Kelly.

Victor explained that the reason that he ran for Senate was to promote “freedom and peace and civility.”

“I recognize the Senate race is really big because one party or the other is going to control the United States Senate,” he said. “I get that.

“But it’s not as big as the global peace movement. I think we need to unite the reasonable people of the world around a philosophy that we call ‘Live and Let Live.’”

He then announced that he was pulling out of the race after having a conversation with Masters and ascertaining that the Republican candidate was working to move things in the right direction.

Do you think there will be a red wave?

“So that’s exactly what I’m asking you to do. That’s right. Don’t vote for Marc Victor for Senate. Vote for Blake Masters. Blake’s in a very tight race here with Mark Kelly, and I want to see him win.”

The Libertarian candidate went on to share the video of his conversation with Masters.

Victor had been very low in the polls. A Monday survey by OH Predictive Insights had him polling at 3 percent to 48 percent for Kelly and 46 percent for Masters. Three percent were undecided.

A New York Times/Siena College Poll that same day had the Libertarian coming in even lower at just 1 percent. That survey had Kelly with 51 percent, Masters with 45 percent and 3 percent undecided.

Masters has been gaining ground, however, and Victor’s support could boost that trend. FiveThirtyEight, which showed Kelly ahead by double digits in mid-August, now has the Democrat with just a 3-point lead.

With Republicans battling for control of the Senate in the Nov. 8 midterm elections, and Arizona race could play a big role in determining that outcome.

In a statement posted on Twitter by Masters’ press account, Victor said he and the GOP candidate had had “an unscripted, open, and recorded discussion and exchange of ideas on a variety of issues.”

Masters also issued a statement about Victor’s decision, saying, “This is another major boost of momentum as we consolidate our support against the extreme and radical policies of Mark Kelly and Joe Biden.”

“Marc Victor joins a growing list of Arizonans from across the political spectrum who are fed up with open borders, big government corruption, and rising crime. We are building a broad coalition to defeat the worst Senator in America,” he said.

Kelly had not commented on Victor’s withdrawal and endorsement of his opponent by late Tuesday morning.