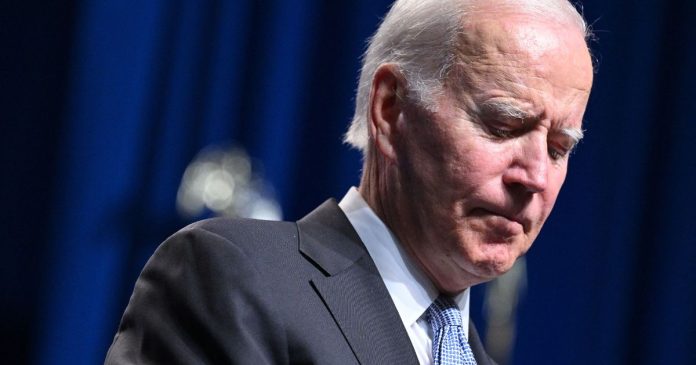 The progressive extremist party’s prospects are growing increasingly grim with the Nov. 8 election less than two weeks away.

The polling outlook for Republicans has discernibly improved in the last week alone.

The GOP has opened a hefty 7-point lead on the generic congressional ballot, according to a Rasmussen poll of likely voters conducted from Sunday to Thursday.

Pennsylvania GOP nominee Mehmet Oz leads his Democratic rival John Fetterman for the first time this year after the latter’s disastrous debate performance, according to the New York Post.

Arizona Republican Senate nominee Blake Masters now runs even with incumbent Democrat Mark Kelly, foreshadowing a neck-and-neck election in a contest that establishment Republicans had been content to write off.

Decision Desk HQ is describing the Republican Party as more likely than not to secure a majority in the Senate for the first time.

Will the Democrats lose control of the Senate?

🚨 Republicans are favored to win control of the U.S. Senate for the first time since we released our 2022 Elections Forecast. Our model currently predicts that Republicans have a 50.4% chance of control, and our mean seat projection is 51 (R) and 49 (D).https://t.co/UHhMBpQqvL

It’s considered very likely that Republicans will retake the House, by the way. FiveThirtyEight put the chances of a GOP House majority at 81 in 100 as of Saturday.

The real question is whether Republicans can flip a large number of seats — on par with the gains of “red wave” elections in 2010 and 1994.

There are grounds to argue that a Democratic loss of both the House and the Senate would amount to a greater electoral beating than previous midterm election waves.

In comparison, former President Donald Trump didn’t lose his party’s Senate majority in the 2018 midterms, with the GOP in fact gaining Senate seats in a year in which they lost control of the House of Representatives.

Former President Barack Obama had a similar go in 2010, when Democrats lost a whopping 63 House seats and kept a Senate majority. It wasn’t until the 2014 midterms that the GOP retook the Senate, rendering Obama a true lame-duck president.

There have been only three elections since World War II in which one party lost control of both chambers of Congress — in 2006, 1994 and 1954.

So while the sitting president’s party usually struggles in midterms, it’s less common for the governing party to lose both chambers.

Biden and the Democrats could stand to make history.