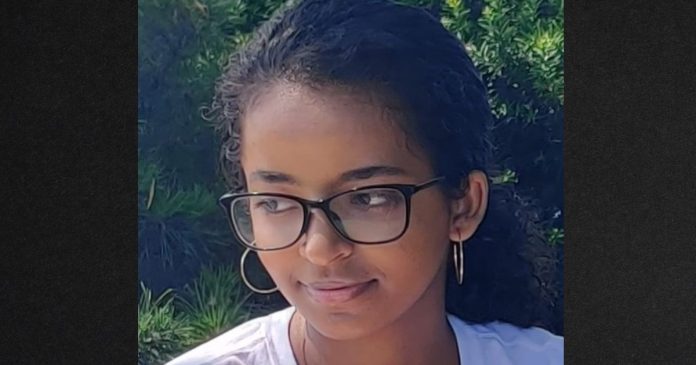 October 29, 2022
Reading time: 5 min.
Facebook
Twitter
Pinterest
WhatsApp
The family of a 20-year-old Princeton University student found dead last week are planning to have their own autopsy done to try to learn the truth about how and why the young woman died.

Misrach Ewunetie went missing Oct. 14 and was found dead six days later on Oct. 20. Though officials said they found no sign of injury or apparent foul play, her family found the odd location where her body was found “suspicious.”

Ewunetie’s body was found in dense vegetation near the edge of Princeton’s campus, by the tennis courts, Mercer County Prosecutor’s Office reported in a release that was tweeted.

“An autopsy by the Middlesex County Medical Examiner’s Office will determine Ms. Ewuntie’s cause and manner of death, however, there were no obvious signs of injury and her death does not appear suspicious or criminal in nature,” the release from the prosecutor’s office read.

But Ewunetie’s family does find it strange that her body was found behind the tennis courts, the New York Post reported.

As a result, a GoFundMe was launched online to help not just with funeral expenses, but also to help pay for an independent autopsy, the explanation for the fundraiser outlined.

“Due to her sudden death and bizarre circumstances surrounding her passing, we ask family, friends, and anyone aware of her story to support Misrach’s family by assisting with the expenses associated with a funeral, an independent autopsy, and significant travel. Any support you can provide will reduce the burden on Misrach’s family as they attempt to endure this tragedy,” the GoFundMe page read.

“There are simply no words that can encapsulate the grief and mourning that such an event has brought to Misrach’s family. She was the best of us; she had the kindest heart, the sharpest mind, and the most considerate soul. To lose her is just heartbreaking,” the GoFundMe page also said.

Do you think that foul play could have been involved?

The goal of the fundraiser was $100,00 and already, more than $122,000 had been raised by Wednesday afternoon, less than two days after the campaign was launched.

Ewunetie’s brother Universe also told the Sun that his sister had no apparent health problems. He said his family finds it unusual that, in order to move his sister’s body from the strange location, tree branches had to be cut back.

“The area she was found makes us feel it was suspicious, some trees had to be cut when they were removing Misrach,” he told the Sun. “Everyone thinks it’s over with, and they released that statement before doing any autopsy and without telling us.”

Ewunetie was reportedly last seen on Oct. 14, the New York Post reported. Universe told ABC’s “Good Morning America” that her cellphone last pinged a tower after 3 a.m. at a housing complex that was about a half-hour’s walk from her dormitory.

-In Princeton dorm Brushing teeth by 3AM

-Multi-Agency search fails to find her

-Trying to wait patiently on autopsy but facts keep getting in the way pic.twitter.com/3luF9nb68S

Her family reached out to law enforcement on Oct. 15 when they discovered that she had missed an appointment related to her application to become a U.S. citizen (the family is originally from Ethiopia), the Sun added.

Meanwhile, Princeton University has offered condolences to the family and outlined that the university was working with law enforcement as soon as Ewunetie was reported missing on Oct. 16.

“Misrach’s death is an unthinkable tragedy. Our hearts go out to her family, her friends and the many others who knew and loved her,” Rochelle Calhoun, the Vice President for Campus Life, wrote in a statement.

“We are planning an opportunity for students to join together and remember Misrach. Information about the gathering will be shared separately when details are known,” Calhoun’s statement added. “We know this is an upsetting time for our community, especially Misrach’s fellow students. There are many people and resources on campus that are here for you.”

Neither the police nor the university has made any comments about the family’s suspicion over where the body was found.