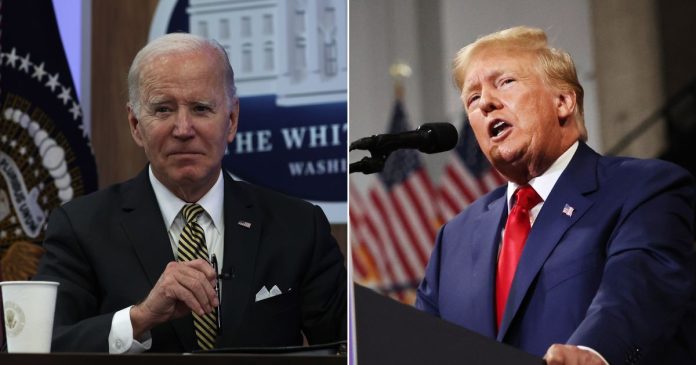 October 22, 2022
Reading time: 3 min.
Facebook
Twitter
Pinterest
WhatsApp
President Joe Biden is set to loot the Strategic Petroleum Reserve yet again, and he’s justifying the political gimmick with a plan that all but admits his party has cost the taxpayer billions for no good reason.

The federal stockpile of fuel is intended to relieve civilian and military shortages in the event of energy crises.

Biden finalized his latest release of 15 million barrels from the federal stash on Wednesday, using the last portion of a 180-million barrel set of releases he had authorized in March, according to Politico.

Biden’s previous releases had depleted the reserve to its lowest point since 1984, according to Forbes.

Not sure the U.S. Strategic Petroleum Reserve was intended to be used as damage control for a political party before an election… pic.twitter.com/Iatb1cLPrT

This isn’t going to stop Biden from taking more American oil savings, weeks before a midterm election in which gas prices are one of the most potent political issues in the country.

Biden is couching his latest gulp from the reserve with a plan to buy more oil for the federal stash as soon as prices go below $72 a barrel, according to the Washington Examiner.

Oil is going for a dismal $90 a barrel right now.

Do you miss gas prices when Trump was president?

Biden claimed the $72-a-barrel deal would “make money for the taxpayers” in his announcement of the latest release of oil.

There’s not even a foolproof rationale to believe Biden will be able to buy more oil for the SRP at his desired price in the coming months.

What’s even worse is that Democrats prevented former President Donald Trump from restocking the reserve at a price that would’ve saved the taxpayer a massive bill.

Two years before Biden’s pilfering of the Strategic Petroleum Reserv, Senate Democrats tanked a Trump administration proposal to add 77 million barrels of oil to the reserve at dirt-cheap prices, according to Rollcall.

This was in the midst of the coronavirus pandemic in March 2020, when barrels of oil were going for $24 — a steal in hindsight.

Democratic Senate Minority Leader Chuck Schumer bragged about blocking the bargain refill of the Strategic Petroleum Reserve, according to the Washington Examiner.

Partisan Democrats objected to the proposal — which would’ve filled the reserve to its capacity — on environmentalist grounds, claiming it amounted to a “bailout” of the fossil fuel industry, according to Rollcall.

Merely two years removed from their own partisan obstruction of a plan to refill the reserve, Democrats are patting themselves on the back for a hypothetical plan to fill the federal stockpile they’ve depleted.

At nearly three times the cost, of course.