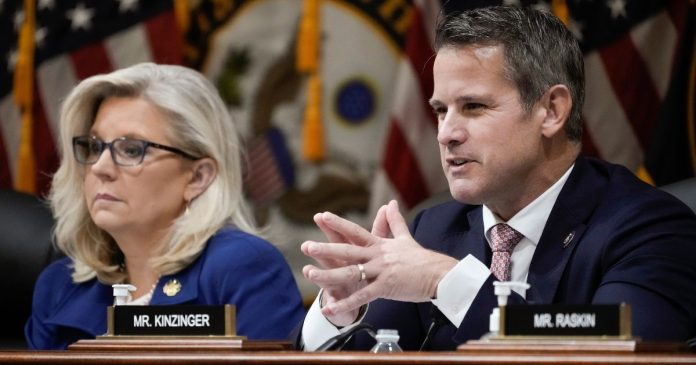 October 20, 2022
Reading time: 6 min.
Facebook
Twitter
Pinterest
WhatsApp
Even though Donald Trump remains very popular among most Republicans, there’s a significant number of them who oppose him.

Trump and many of his supporters have taken to calling them “RINOs” (Republicans in Name Only), but in reality, Trump and his supporters — of which I am one — are the real RINOs. I don’t mean that as an insult, just a fact.

What made Trump so popular in 2016 and beyond is that he was a different kind of Republican. The ones who oppose him, from the Bushes to the Cheneys to Mitt Romney, are the actual Republicans. Here’s why.

The Republican Party was founded in the middle of the 19th century primarily as a voice to abolish slavery. Its first presidential candidate, John Fremont, lost the 1856 election to James Buchanan, but four years later the Republicans won the White House with Abraham Lincoln. Except for two non-consecutive victories by Democrat Grover Cleveland, the Republican Party won every election that followed until 1912.

In 1904, after serving almost the entire second term of President William McKinley, who was assassinated, Theodore Roosevelt ran for his own term and won resoundingly. In 1908, he was the most popular politician in America by leaps and bounds and, being only 50 years old, certainly young enough to run for another term. (Back then, there were no presidential term limits; presidents could run for as many terms as they wished.)

However, having pledged to the American people that he wouldn’t seek an additional term, Roosevelt bowed out and recommended William Howard Taft, who won.

Ever loaded with energy and vigor, Roosevelt went to Africa to hunt lions and tigers, but frantic supporters sent him letters, pleading with him to return and run again in 1912, because Taft wasn’t turning out at all as they had expected. Roosevelt answered the call, but the party establishment shunned him.

It quickly became evident that the Party of Lincoln, which once identified with abolitionism, had a new philosophy: establishmentarianism.

For the next 103 years, with rare exceptions, the Republican Party was run by country club establishmentarians. There were no deep ideological differences between Democrats and Republicans. Both were highly patriotic. Both believed in secure borders and law and order. Both revered our police just as much as they did our troops. There was no mention of abortion, same-sex marriage, legalization of marijuana, or gender dysphoria. Both parties would have considered wokeness utterly absurd; they couldn’t have imagined any woke person was speaking seriously.

The main difference between the two major parties was their core. Republicans, considered the party of the rich, favored low taxes and lax regulations. Their decisions on any issue were almost always rooted in what was best for the economy. Democrats, on the other hand, were for the blue-collar workers, who maybe needed a boost to catch up. Essentially, that’s what set the two parties apart.

By then, the Democrats had veered considerably to the left (although not even close to where they are today), and a guy named Ronald Reagan emerged with an uplifting message of conservative populism that retained Republicans while attracting droves of disgruntled conservative Democrats who no longer recognized their own party. They became known as “Reagan Democrats.”

Sound familiar? That’s what Trump did in 2016. But we’ll get to that later.

Reagan won two landslides and finished his eight years in the Oval Office as one of America’s most popular and successful presidents. But once he retired, Republicans went back to their old ways.

A new breed of Republican, purportedly in Reagan’s mold but really an establishmentarian throwback, were the neocons — you know, like Liz Cheney’s father, Dick. Sure, they believed in cutting taxes, but they also refused to protect American workers with tariffs. Their view of the economy was large-scale. As long as GDP was up, they didn’t much sympathize with American workers who lost their jobs because corporations moved their operations overseas.

They also didn’t care much about solving our border problems, because they too looked the other way regarding persons here illegally. Unlike the Democrats, who see PHIs as future Democratic voters and a dent in America’s white, Western European influence, Republicans embrace them because they provide cheap labor. Again, all in the name of corporate profit.

In foreign matters, Republicans commit troops around the world seemingly endlessly in an effort to nation-build, maintain a Cold War mentality toward Russia, and refuse to sit down and negotiate with rogue dictators.

Trump, on the other hand, saw China as our biggest threat, imposed tariffs on friend and foe alike, took the hardest stance against illegal immigration of any president in over 100 years, negotiated with Vladimir Putin, Kim Jong Un and the Taliban, and, having long ago proposed a one-time luxury tax for the super-rich, also told Sean Hannity on the 2016 campaign trail that trickle-down economics doesn’t always work.

The reason Trump won in 2016 wasn’t that he was a traditional Republican — it’s that he wasn’t. He attracted a lot of those Reagan Democrats who remained double-parked in the GOP in the post-Reagan years, wondering where to turn next.

The Liz Cheneys, Mitt Romneys and other Republican Trump-bashers aren’t the RINOs — they’re the Republicans. They are really TSINOs  (Trump Supporters in Name Only), or at least they were until they showed their true colors.

However, because I am optimistic that Taft’s establishmentarian Republican Party came to a permanent end in 2016, I think that as time passes, Republicanism will become more synonymous with the Trump brand. That’s when those critics can really be called RINOs. Right now, they’re just leftover Republican dinosaurs.

Constantinos E. (“Dino”) Scaros, JD, Ph.D., is a presidential historian, educator, attorney, newspaper editor and columnist, and political analyst. He is also the author of several books covering many contemporary issues, most recently “How to Talk Politics Without Arguing,” “Trumped-Up Charges!” and “Stop Calling Them ‘Immigrants.'” Follow him at www.listentodino.com.