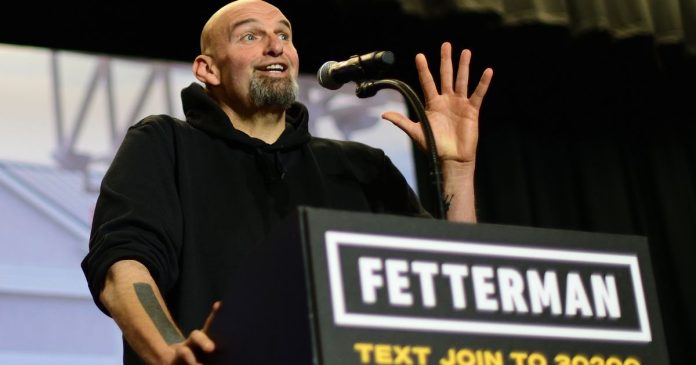 October 18, 2022
Reading time: 3 min.
Facebook
Twitter
Pinterest
WhatsApp
The wife of Democratic Lt. Gov. John Fetterman of Pennsylvania, who is running for the United States Senate, demanded an apology from NBC News over a reporter’s comments in an interview published Monday.

Gisele Fetterman claimed in an interview with the Independent’s Eric Garcia that reporter Dasha Burns was “ableist” when Burns revealed on Oct. 11 that John Fetterman, who is running for the seat being vacated by retiring Republican Sen. Pat Toomey, had trouble making small talk prior to an interview Burns conducted with him.

“If this happened in a school, if this was a child that was ableist towards another child or a teacher, there would’ve been issues stated. There would have been new training done,” Gisele told the Independent.

“What is being done at the media after a reporter came out so openly ableist towards a person?”

“I would love to see an apology towards the disability community from her and from her network for the damage they have caused,” she added.

We talk through it all and each day there is a new theme word/ teachable moment. This week #ableism dominated our conversations. ❤️

Gisele also called for Burns to face “consequences” Friday for her comments about Fetterman’s issues.

“He still has lingering auditory processing issues as a result of the stroke, which means he has a hard time understanding what he’s hearing,” Burns said.

“Now once he reads the question, he’s able to understand … He also still has some problems, some challenges with speech and I’ll say, Katy, that just in some of the small talk prior to the interview before the closed captioning was up and running, it did seem that he had a hard time understanding our conversations.”

John Fetterman suffered a stroke on May 13, which caused auditory processing issues, and claimed he had “no limits” in July. The Democratic Senate candidate declined multiple debate invitations since August after Republican nominee Mehmet Oz raised questions about Fetterman’s ability to serve.

The Fetterman campaign did not immediately respond to a request for comment from the Daily Caller News Foundation.