Op-Ed: The Left's Hatred of White Evangelical Christians Stems from What They Did in 2016 and 2020 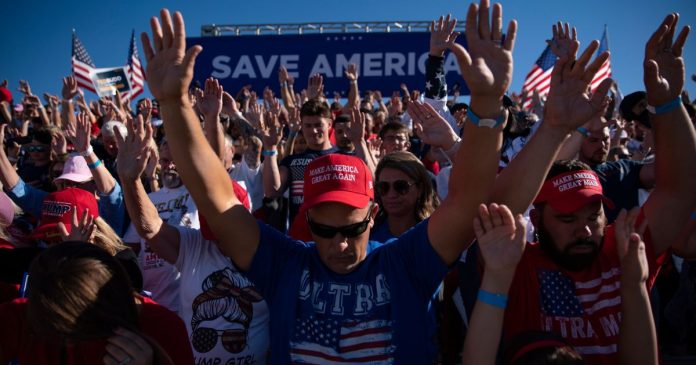 October 16, 2022
Reading time: 4 min.
Facebook
Twitter
Pinterest
WhatsApp
A current trend in America (via the media, academia, think tanks, etc.) is to demonize white evangelical Christians. This comes from within and without the church.

In other words, some who claim to be evangelical (or of some Christian persuasion) equate white evangelicals who are conservative and patriotic with “nationalists” (insinuating they are white supremacists), bigots (due to not affirming the LGBT lifestyle) and racists (endorsers of a “racist” system and not in support of illegal immigration). There are those who do not have any faith in Jesus Christ who are attacking white conservative evangelicals in the same manner.

In truth, this is not really about white conservative evangelicals — it’s about Donald Trump.

In my view, it appears the strategy is to demonize and intimidate those who do not share the beliefs of the political (and theological) left in order to have an impact at the ballot box that could reshape culture and public policy.

Why is it wicked? It is wicked because these insinuations create fear and hesitation about holding to one’s conservative values. It is an attempt to marginalize a large populace within the United States.

The left has created a political boogeyman. This entity, in their eyes, is a “threat to democracy” and consists of those who believe in Jesus Christ, have conservative values, and are white; although conservative blacks are not mentioned much, they are likewise included.

Declaring people to be white supremacists is equating them to the KKK, neo-Nazis or other known hate groups, which then creates a natural animus for them. Those who are of that pedigree are repulsive. Although I do not have the power of omniscience, I think I can say that the great majority of conservative white and black Christians do not in any way, shape or form agree with the belief system and policies of such groups.

Moreover, since the left has created such a narrative in order to suit their purposes, they will not consider any other motivation for those who support Trump or hold to conservative values. This is quite ironic, as leftists consider themselves progressive and tolerant of all viewpoints.

Could it be that the political left’s platform, which promotes the LGBT lifestyle (which has invaded educational curriculum on all levels), reverse racism (disguised as social justice), authoritarianism (which was fully realized during the COVID pandemic), and the destruction and devaluing of human life (abortion) violates the values of conservative Christian Americans? Could it be that some “Trump supporters” are not necessarily pro-Trump but are opposed to the extreme elements that dominate the Democratic platform?

Interestingly, the left will ignore how anarchists (antifa), socialists, Marxists (Black Lives Matter) and communists are truly a threat to our constitutional republic. One has to ask a fundamental question: Why does the left not exercise the same animus towards these groups as they do towards white conservative Christians if the issue is really about “protecting our democracy”?

I think the answer is clear: The left is not concerned about “protecting our democracy.” Rather, they are set on destroying our constitutional republic. Therefore, those who hold to conservative values are standing in their way and must be categorized as a threat.

As the father of American geography, Jedidiah Morse, stated while preaching in 1799:

“Our dangers are of two kinds, those that affect our religion, and those which affect our government. They are, however, so closely allied that they cannot, with propriety, be separated. The foundations which support the interest of Christianity, are also necessary to support a free and equal government like our own. … All efforts made to destroy the foundations of our holy religion, ultimately tend to the subversion also of our political freedom and happiness. Whenever the pillars of Christianity shall be overthrown, our present republican forms of government, and all the blessings which flow from them, must fall with them.”

Oh, how Morse’s wisdom from over 200 years ago still rings true today! 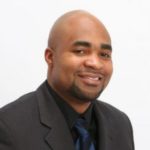 Rashad Gibson is the founder of United America, which seeks to re-establish American liberty through prayer, truth and integrity (https://theunitedamerica.org). His passion is to see individuals make a personal commitment to Jesus Christ and to see liberty and Judeo-Christian values restored to the United States. He is currently completing his Ph.D. in Christian leadership at Liberty University.