Op-Ed: The Senate Runs Through Georgia – And the Progressive Campaign Against Herschel Walker Is Collapsing 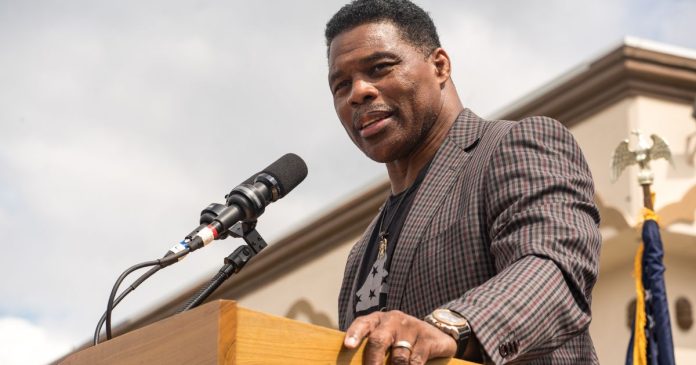 October 15, 2022
Reading time: 4 min.
Facebook
Twitter
Pinterest
WhatsApp
I happen to live in the center of the political universe. The battle between Georgia Gov. Brian Kemp and pseudo-Gov. Stacey Abrams consumed the national political appetite for the last year. Now, suddenly, the battle for the Senate could come down to Sen. Raphael Warnock versus Republican candidate Herschel Walker.

Republicans feel pretty good about Pennsylvania. The swing state has not seen Dr. Mehmet Oz lead in any poll, but every poll has drifted in his direction.

Oz has focused on John Fetterman’s weak crime record and the economy. Fetterman has tried to cover up his health problems. An NBC News reporter stirred controversy by revealing Fetterman, six months removed from a far more serious stroke than his campaign acknowledged, still has trouble understanding spoken words. He does not have a hearing problem, but a processing problem.

With less than a month to go, Fetterman has refused to release his medical records. Progressive activists savaged the NBC journalist for reporting that Fetterman struggled in small talk and needed a closed-caption system for an in-person interview. Meanwhile, Republicans have exposed Fetterman’s pattern of seeking leniency for murderers while on a parole board at a time when crime is soaring.

In Nevada, both gubernatorial candidate Joe Lombardo and Senate candidate Adam Laxalt lead their Democratic rivals. If Laxalt beats incumbent Sen. Catherine Cortez Masto and Oz beats Fetterman, the GOP captures the Senate. That takes pressure off Georgia. But if polling is right, the GOP could lose its Pennsylvania Senate seat.

That puts all eyes back on Georgia. There, the left-wing Daily Beast reported that Walker paid for an abortion 13 years ago. The Daily Beast defied journalistic ethics. The reporters withheld the name of the woman who made the claim, claiming they could not identify her. When Walker denied the story, they rushed to reveal the woman also had given birth to one of Walker’s children. It was not an effort at journalism, but a media outlet serving as a proxy for a progressive cause.

Walker has adamantly denied the allegation. Democrats have mostly let the allegation speak for itself. Partisans have tried to shame voters into refusing to vote for Walker. But it may not matter. Polling in Georgia continues to show a tied race between Walker and Warnock. Voters seem more concerned about Warnock’s apparent desire to have taxpayers fund abortion until the moment of birth than Walker allegedly paying for one 13 years ago.

Both sides are pouring money into the state. Trying to watch the Atlanta Braves advance again to the World Series is extraordinarily painful, not just because of their first loss to the Phillies, but also because of the nonstop barrage of campaign ads. In Atlanta, several television stations have adjusted their programming to accommodate more political ads. Streaming is no better.

Will the GOP win control of the Senate?

Warnock has at least 75 variations of his streaming ads. His campaign has one of the best ad campaigns in the country. No matter where you are in Georgia or who you are demographically, you will see an ad catered to you. The Walker campaign lacks the resources to do that.

Republicans were driven to despair as the Daily Beast story circulated, but in the week since, polling has not really moved. Kemp has an impressive ground game that can generate a surge of Republican voters to the polls. No one has a sense of whether white suburban independent voters will sit out the race or vote Warnock, but Republicans increasingly believe Kemp can either carry Walker to victory or help him into a runoff.

If Oz and Laxalt win, the GOP wins the Senate. If either loses, Georgia becomes the battleground. If there is a runoff, may God have mercy on the souls of those subjected to an extra month of negative ads. Most everyone just wants it over.

Erick Erickson is a conservative blogger and Atlanta-based radio host.