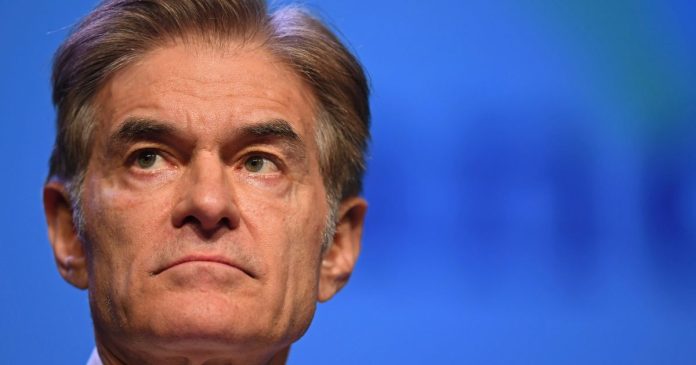 Knox, who says he’s a “lifelong Democrat,” explained why he had decided to back Oz in a statement obtained by Townhall on Friday.

“I have met with John Fetterman, and I personally like him,” Knox explained.

“But I am sad to say, as a resident of Philadelphia, that our city has become increasingly dangerous, and John Fetterman’s policies on crime will make things much worse.”

Gun violence in the Democrat-dominated city has reached a point where the city’s cemetery workers have been unable to dig enough graves for the victims of shootings at times.

Knox pointed to what he sees as Fetterman’s soft-on-crime policies in his statement.

“His push as lieutenant governor to release more dangerous criminals — after we have already seen a gruesome increase in violent crime — and promote heroin injection sites in our neighborhoods are radical ideas that would make our streets less safe,” Knox said of the current Pennsylvania Lieutenant Governor.

Is Fetterman fit for office?

Knox is a successful businessman who was appointed as a deputy mayor under Philadelphia Mayor Ed Rendell in the 1990s, according to WCAU.

Knox encouraged other Democrats who share his concerns with high levels of violent crime to buck party loyalty and support Oz for the Senate.

“I am encouraging Democrats who share my concerns with Fetterman’s long-standing policies to put party affiliation aside and support Dr. Oz for U.S. Senate,” Knox said in his statement.

“Dr. Oz is smart, hard-working and a man of integrity who will work tirelessly to make our streets and city safe once again.”

Polling of the hotly contested race between Fetterman and Oz has tightened in recent weeks, according to a RealClearPolitics aggregation of polls.

Fetterman has faced questions over his fitness for office.

The Democrat has at times struggled with public speaking appearances after a May stroke.

The candidates are slated for an Oct. 25 debate, according to Politico.