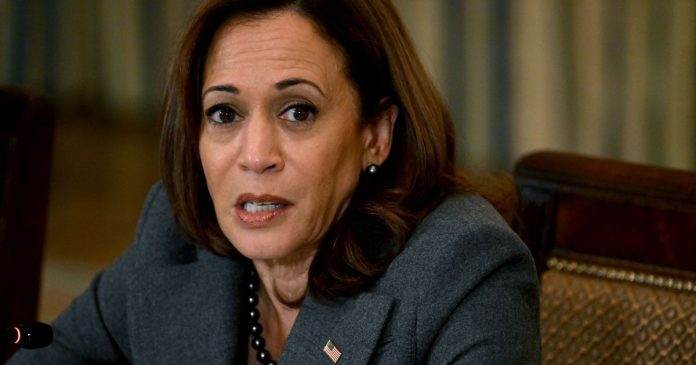 Two sources familiar with the incident described the crash to The Washington Post.

The one-car accident brought the entire vice presidential motorcade to a halt near the Washington, D.C., neighborhood of Foggy Bottom, according to the sources.

The driver of an SUV carrying Harris struck the curb of a vehicular tunnel hard enough to cause damage to the vehicle.

The tire of the SUV ultimately had to be replaced.

Harris was subsequently moved to another vehicle in the motorcade for transportation to the White House.

A spokeswoman for Harris confirmed the accident in a statement provided to the Post, stressing that the vice president was uninjured.

“The Vice President sustained no injuries and appreciates the quick response by her USSS detail to get her to the White House safely,” Kristen Allen wrote in an email.

“During a protective movement Monday, a vehicle in a motorcade had a minor overcorrection and struck a curb,” Anthony Guglielmi said.

“The protectee was transferred to a secondary vehicle, and the motorcade continued to its destination. There were no injuries to anyone.”

A TikTok user uploaded video footage of the stalled motorcade that was allegedly transporting Harris.

The Secret Service detail escorting Harris didn’t fully explain the cause of the incident to their superiors at first, the Post reported.

The halted motorcade was originally attributed to a “mechanical failure,” according to Guglielmi.

The incident has spurred concerns about the Secret Service’s protocols amid an impression that the agency tends to conceal its mistakes, according to the Post.

Both the Secret Service’s director and the vice president herself are reportedly “concerned” in the aftermath of the stalled motorcade.