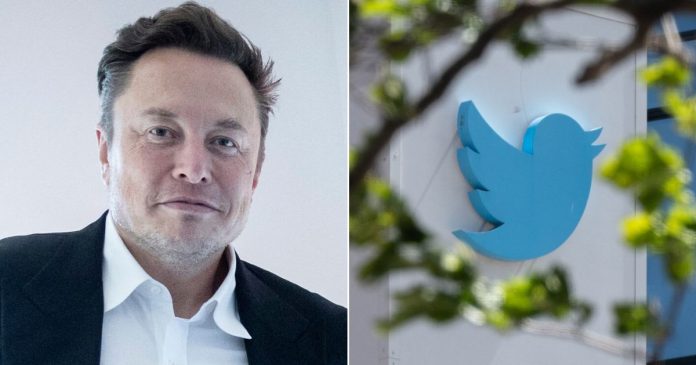 The first term, according to Bannon, was that Musk keep the company’s ban on former President Trump and other conservatives in place, and the second was that he retain the current management team.

He made the comment in an interview with One America News Network’s Caitlin Sinclair on Wednesday.

In an abbreviated clip shared by Sinclair on Twitter, the former Trump adviser said the sources told him that “Twitter came back and said, ‘Hey, we’ll actually knock a couple of billion dollars off the price if you commit to two things.

“‘Number one: not let Trump and the conservatives back on Twitter that we’ve already banned, right?

“‘Number two: if you allow the management team to stay.’

“My understanding is that Elon Musk was not prepared to do either one and said, ‘No, the deal’s the deal.’”

Bannon’s allegations have not been confirmed, obviously. But considering that Musk describes himself as a “free speech absolutist,” both of these terms are clearly incompatible with his rationale for buying Twitter in the first place.

During a May interview with Financial Times, Musk was asked if he was “planning to let Donald Trump back on.”

He responded, “I do think that it was not correct to ban Donald Trump. I think that was a mistake because it alienated a large part of the country and did not ultimately result in Donald Trump not having a voice.”

The billionaire called the ban “a morally bad decision” and said it was “foolish in the extreme.” He added that permanent bans from the social media site should be “extremely rare” and reserved “for accounts that are bots or ‘spam-scam’ accounts.”

On Wednesday, The Epoch Times reported on a series of text messages “between Musk and business leaders, media personalities, celebrities, Twitter executives, and friends” that were made public this week. The messages suggest that if the deal goes through, there will be mass layoffs at the social media giant, according to the report.

In one exchange between Musk and internet entrepreneur Jason Calacanis, they compared Twitter’s “revenue per employee” ratio of $625,000 in 2021 with the significantly higher rates achieved by Apple and Google over the same period.

After crunching the numbers, Calacanis determined Apple’s revenue per employee ratio to be $2.37 million and Google’s to be $1.9 million.

Whether or not he plans to improve this statistic by firing workers was left unsaid.

An exchange between Musk and Twitter CEO Parag Agrawal suggested a chilly relationship between the two.

Agrawal criticized Musk over an April 9 tweet in which he had asked, “Is Twitter dying?” The CEO said it wasn’t “helping [Agrawal to] make Twitter better in the current context. … I’d like the company to get to a place where we are more resilient and don’t get distracted, but we aren’t there right now.”

Do you think Musk’s Twitter purchase would be a good thing for free speech?

Musk replied, “What did you get done this week? I’m not joining the board. This is a waste of time.”

The texts do show, however, that Musk had a respectful relationship with Twitter co-founder and former CEO Jack Dorsey.

None of the messages said the current management team would be let go once the deal closes. However, given Musk’s firm belief in free speech and the distance between their visions for the company going forward, it’s hard to imagine he would retain Twitter’s leadership.