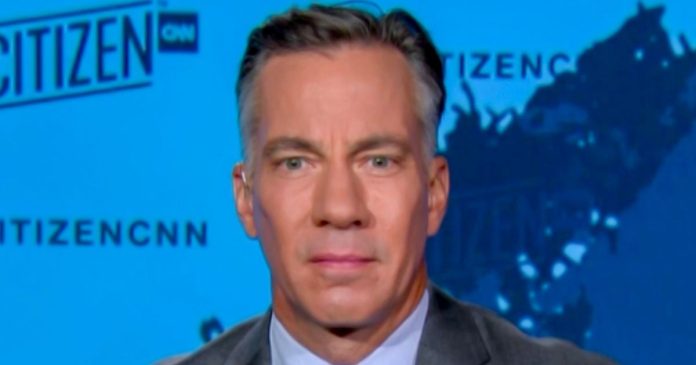 October 6, 2022
Reading time: 3 min.
Facebook
Twitter
Pinterest
WhatsApp
CNN anchor Jim Sciutto has been taken off the air after he was ordered to take “personal leave.”

According to the Daily Mail, the media outlet’s executives told Sciutto to take leave in order to take care of a “personal situation” that resulted from a “serious fall” that he had in Amsterdam earlier in the year.

While CNN did not respond to the Daily Mail’s request for comment, one source told the outlet that Sciutto was on “personal leave.”

According to the Daily Beast, since the war in Ukraine started, CNN has been flying reporters directly in and out of Poland.

But Sciutto and his producer somehow ended up in Amsterdam on a trip back earlier this year; that was where this fall happened.

Though the Daily Beast also reported that Sciutto was said to have recovered from the fall in Amsterdam, he is now off the air.

Sciutto’s absence from CNN’s show “Newsroom” came without any apparent warning as he did not appear with his co-host Poppy Harlow on Tuesday or Wednesday, the Daily Mail reported.

The news anchor usually hosts Newsroom every weekday and writes articles for CNN.

His most recent article was published on Monday about the Ukraine-Russia war, the Daily Mail reported.

This unexplained absence of Sciutto comes in the midst of a tumultuous year for CNN.

The network had to fire Chris Cuomo after he helped his disgraced brother, Andrew Cuomo, the former governor of New York, the New York Post reported.

Then CNN’s president Jeff Zucker resigned after it came out that he was having an affair with one of the network’s executives.

After the ordeals around Zucker and Cuomo, CNN’s ratings took a hit earlier in 2022, Forbes reported.

“CNN’s average prime time audience among viewers 25-54 — the key demographic valued by advertisers — was just 126,000, representing a 69 percent drop from the same period one year ago. Among total viewers, the average audience was 534,000, a decline of 68 percent from 2021,” Forbes reported in February.

On top of the internal troubles, former President Donald Trump also just filed a lawsuit against CNN for defamation on Monday, the Associated Press reported.

Trump is seeking $475 million in damages and claims that CNN defamed him. He says it was an effort from the network to stop him from having any sort of future in the political sphere.