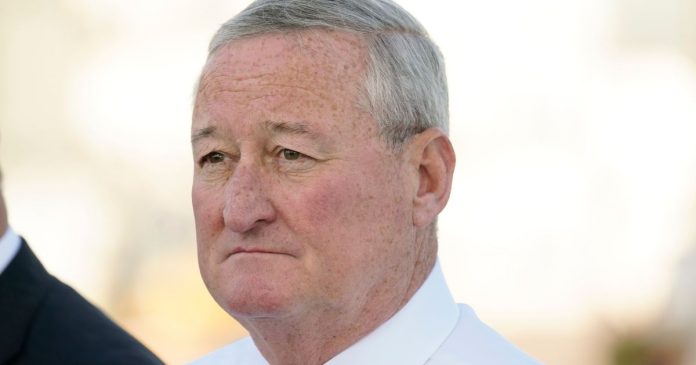 October 6, 2022
Reading time: 7 min.
Facebook
Twitter
Pinterest
WhatsApp
Philadelphia Mayor Jim Kenney lost his latest gun-banning case on Monday when a judge declared the city does not have the legal power to impose a ban on guns in parks and recreation facilities.The Democrat took it upon himself in September to enact a fiat gun ban via executive order that didn’t sit well with the law-abiding gun owners of his city.

Kenney summarily declared that guns were banned from all city-owned parks and recreational facilities to ensure they are “a safe place for children and all of the Philadelphia community to gather,” according to The Epoch Times.

The mayor justified his executive order under the exegesis of statutes that give his office the authority to “manage and operate all City recreational facilities.” He claimed this clause gave him the power to ban all guns in those facilities.

Crime in Democrat-run Philadelphia has skyrocketed over the last few years. Labor Day weekend was particularly deadly this year.

Just last month, members of a school football team were sent scrambling when a gun battle erupted as they were leaving practice. A 14-year-old boy was killed and several others were wounded during the incident.

The ongoing violence led to Kenney’s order, which said, “No one carrying firearms or other deadly weapons is permitted to enter or remain in or on any indoor or outdoor recreation premises operated by the Department of Parks and Recreation.”

On Monday, however, Judge Joshua Roberts of the Philadelphia Court of Common Pleas issued a permanent injunction preventing the city from implementing and enforcing the mayor’s anti-gun executive order.

A day after Kenney signed the order, which went into effect immediately upon its signing, the nonprofit group Gun Owners of America filed a lawsuit against the city.

GOA argued that the Democrat’s edict “directly violates Pennsylvania law, and may not be enforced” because the state Constitution and state laws have no such ban on legally carried firearms in parks and recreational facilities.

More to the point, it said, the state’s pre-emption law forbids local governments from enacting their own special gun laws and thus prevents the mayor’s attempt at local gun control.

“Pennsylvania law expressly preempts the Mayor from banning firearms in public recreational facilities. Nonetheless, Mayor Jim Kenney has attempted to do so. He may not. Pennsylvania law is ‘crystal clear’: regulation of firearms is a matter of statewide concern, and must be undertaken by the General Assembly,” the GOA filing said.

The pre-emption law states that “no county, municipality or township may in any manner regulate the lawful ownership, possession, transfer or transportation of firearms, ammunition or ammunition components when carried or transported for purposes not prohibited by the laws of this Commonwealth.”

GOA attorney Andrew Austin pointed out that the law “couldn’t be clearer.”

“No municipality – including Philadelphia – may regulate the lawful possession of firearms in any manner,” Austin said in a statement Monday. “Obviously, the City doesn’t care about that law or the concrete legal precedent affirming it, and since there are no consequences for them, they will continue to try to ram through illegal rules to the detriment of their own citizens.

“However, we’re grateful that the Philadelphia Court of Common Pleas was willing to act so quickly to prohibit the mayor’s illegal action.”

GOA’s state director, Val Finnell, added that the group’s lawsuit was a warning to “anti-gun municipalities” that the gun rights group will not sit idly by as local governments attempt to implement “illegal bans, prohibitions, or restrictions on the Second Amendment in violation of Pennsylvania law.”

The judge in Philadelphia is only the latest to rule that Democrats are violating the laws and the Second Amendment with their constant efforts to ban guns.

In May, for instance, a federal judge in New York ruled that the state’s latest draconian gun ban law is unconstitutional and blocked it.

Despite the constant rulings against their efforts, Democrats keep trying to enact laws and rules they know full well go against the law. In June, House Speaker Nancy Pelosi announced yet another drive to implement a ban on so-called assault weapons.

In Philadelphia, however, city officials claimed the mayor crafted a “reasonable” rule and said they were “disappointed” about the judge’s ruling.

“We are reviewing today’s decision and are disappointed by the outcome, which as it stands prevents City employees from making the reasonable request that anyone with a firearm or deadly weapon leave a recreation facility,” the mayor’s office said in a statement to the Epoch Times.

Even in his executive order, Kenney said the ban was strictly to ensure the safety of those using the city’s recreational facilities.

The order said more than 300 incidents of violence have occurred in the city’s parks since 2019 and also mentioned the Sept. 9 death of Tiffany Fletcher, a city employee at the Mill Creek Recreation Center in West Philadelphia. Fletcher was shot and killed as she sat on a bench during her break time when rival gang members began shooting at each other.

The city is likely to appeal the judge’s ruling, according to the Philly Voice. However, the state law is very clear and it isn’t likely the mayor will prevail.

Even if the order remained in place, it likely would accomplish nothing.

All good intentions aside, Kenney’s ban would have disarmed only legal gun owners, not the criminals who are already breaking laws by engaging in gun battles in the streets. The mayor’s order would have put more law-abiding citizens in danger without really protecting anyone.