Letts: Don't Create More Gun Laws, Train Police to Enforce the Ones Already on the Books 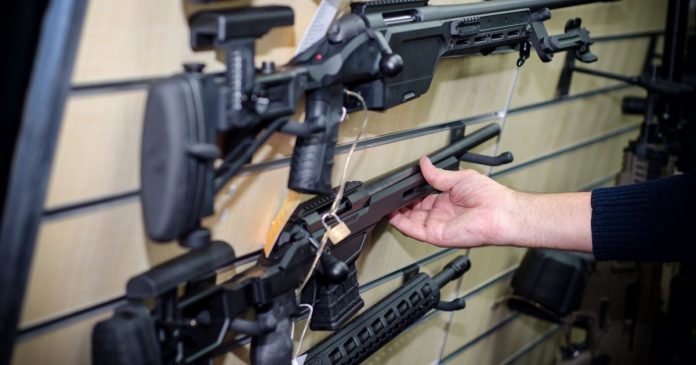 October 4, 2022
Reading time: 4 min.
Facebook
Twitter
Pinterest
WhatsApp
The man accused of fatally shooting seven people and wounding dozens more at a Fourth of July parade in Highland Park, Illinois, legally purchased the rifle used in the attack within the past year despite multiple run-ins with police in 2019.

The 21-year-old allegedly used a rifle to shoot more than 70 rounds into the crowd from a rooftop. The suspect had purchased five firearms, including one rifle found at the scene, one found in his car and other weapons seized from his father’s home.

The Illinois State Police issue gun owners’ licenses, and the Highland Park suspect applied for a permit in December 2019, when he was 19.

However, Highland Park police officers also sent the Illinois State Police a “clear and present danger” report saying the suspected shooter admitted to having a history of drug use and to being depressed. Police and teachers are required by law to file such reports when someone exhibits dangerous behavior that should bar them from having a gun.

Officers had visited the suspect’s home for two calls in 2019. In April, he apparently attempted suicide. Then in September, he threatened to kill everyone in the house. Police confiscated 16 knives, a dagger and a sword, but there were no guns.

At the time, there was “insufficient basis” to establish a clear and present danger and deny the application for a gun permit, state police said. This despite the fact that the Highland Park Police, who were closer to the situation, had seen a problem.

The red flag law in Illinois also requires someone close to the dangerous person to ask for the guns to be removed. In this case, the suspect’s father actually sponsored the application despite the problems in the home.

This is unacceptable. It has been apparent for the longest time that guns aren’t the problem — it is the people who have been allowed to keep them. Most of the shooters always seem to share a similar history of either extreme left-wing politics or mental illness.

Should the Highland Park suspect have been given a gun permit?

Yet these conditions are never examined. The media, when it does look at the shooter, looks at things like race and gender or tries to make tenuous connections to the right when the leftist connections are staring them in the face.

If people want to get a handle on this rash of shootings, first they need to take a hard, honest look at the cause. It’s not the weapons. Put a pile of guns in a room and they won’t start going off. Put a group of people in a room with differing views and they will start going off… on each other.

Next, they need to use the laws in place to keep guns from these people and to keep them from harming themselves or others with other weapons.

The Highland Park shooting was just the reason that red flag laws were created. It appears this young shooter was a clear threat to himself and others. Yet nothing was done when the opportunity presented itself.

What will happen is that the left will call for more restrictions rather than trying to get law enforcement and other officials properly trained on how to use the laws already in place.

The police, in this situation, apparently dropped the ball. Just as they did in Uvalde.

Michael Letts is the founder and CEO of In-VestUSA, a national grassroots non-profit organization helping hundreds of communities provide thousands of bulletproof vests for their police forces through educational, public relations, sponsorship and fundraising programs.