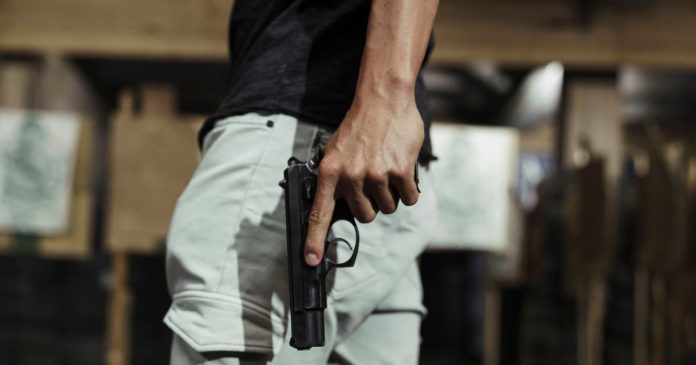 October 4, 2022
Reading time: 5 min.
Facebook
Twitter
Pinterest
WhatsApp
California’s Democrat-dominated legislature has failed to replace the state’s highly restrictive gun control law that was ruled unconstitutional by the U.S. Supreme Court on June 23.The California Assembly reportedly failed to pass the replacement bill, SB918, by two votes in the early morning hours on Thursday. The failure of the bill renders the pre-existing law — which required gun owners to prove “proper cause” in order to obtain a concealed carry permit — unenforceable, according to The San Francisco Chronicle.

In the June 23 ruling, SCOTUS ruled in New York State Rifle & Pistol Association, Inc. v. Bruen that any requirement of a gun owner to “prove just cause” for owning a firearm is unconstitutional, which immediately threw out the California law in addition to New York’s, as California had mirrored New York’s law.

Justice Clarence Thomas, who delivered the 6-3 majority opinion, wrote, “We know of no other constitutional right that an individual may exercise only after demonstrating to government officers some special need. That is not how the First Amendment works when it comes to unpopular speech or the free exercise of religion.”

“New York’s proper-cause requirement violates the Fourteenth Amendment in that it prevents law-abiding citizens with ordinary self-defense needs from exercising their right to keep and bear arms,” Justice Thomas concluded, delivering the death blow to the “proper cause” requirement.

According to Fox News, Democratic state Sen. Anthony Portantino said, “California was made less safe tonight by not passing the bill to make us consistent with the Supreme Court’s decision.” Portantino has been one of the California bill’s central supporters.

California Attorney General Rob Bonta likewise said that Californians will no longer have limitations in their ability to gain a concealed carry permit after the vote.

Do you think there should be regulations for concealed carry holders?

“There would be a huge influx of applicants now that the ‘just cause’ component has been struck down by the U.S. Supreme Court, and not enough safety precautions for the individuals who are seeking that,” Bonta argued.

Prior to the vote, he had told the media, “If this bill doesn’t pass, people who haven’t had a comprehensive safety evaluation can get a concealed weapon and bring it into [sensitive] places,” Fox News reported.

Dustin Gardiner, writing for the San Francisco Chronicle, explained the demise of the bill. “Because Portantino added an emergency clause to the bill — so it would take effect immediately upon Newsom’s signature — it needed a two-thirds majority to pass. The measure fell just two votes short on the last night of legislators’ session, on a 52-23 vote in the state Assembly.”

Reportedly, the framers of SB918 were attempting to thread a narrow gap that Justice Thomas had left in the language of his ruling when he suggested that states could still prohibit firearms in “sensitive places” such as schools and government buildings.

Been at the Capitol for the past 3 days working to defeat SB 918 on CCWs and AB 1227. As of right now it looks like it’s paying off but the night isn’t over yet. Will be fighting to the bitter end.

We did it. SB 918 is dead! Our job is done. Thank you to everyone who contacted their legislatures asking them to vote no. Our efforts are just beginning. We need your support for all of the lawsuits in our future. No Compromise !

“It is very apparent that this bill is an attempt to pre-empt the expected ruling from the United States Supreme Court,” the group said in a statement. “By your definition the legislature can designate any public place as sensitive.”