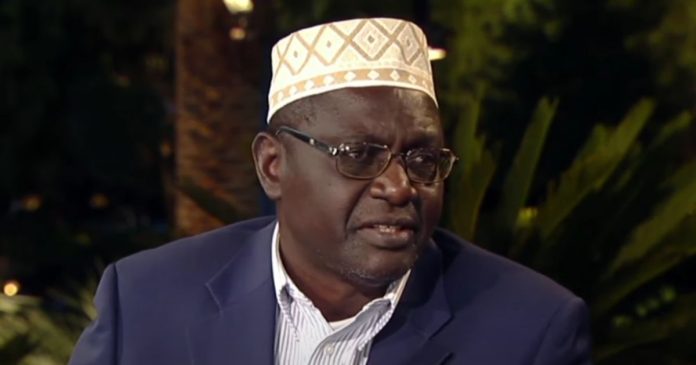 Malik Obama expressed his endorsement for Mastriano in a Sunday tweet.

If he’s with President Trump then I’m with @dougmastriano Pennsylvania Senator PA District 33.

Mastriano has received the endorsement of former President Donald Trump in one of the hottest governor’s races slated for the November midterms.

Malik Obama is the son of Barack Obama Sr., the 44th president’s father, according to the New York Post.

This isn’t the first time that Malik and his half-brother have disagreed politically.

Malik made a shock public endorsement of Trump for president in 2016, citing many of his disagreements with his brother’s policies.

Did you know that Obama had a half-brother?

In his endorsement, the dual Kenya-United States citizen objected to Democratic support for homosexual marriage, according to The Guardian.

In a 2016 Hannity interview, the older Obama expressed some of his political disagreements with his younger half-brother. Malik described Barack as becoming aloof from his extended family after becoming president in 2009.

The older half-brother said he hasn’t spoken with the former president since 2015, with political divisions appearing to sever the family relationship.

Malik has even gone so far as to call his younger half-brother a “snob,” according to the Post.

“What I saw was he was the kind of person that wants people to worship him,” the Malik said in an interview with the Post.