Americans Have Spoken: Now Favor Republicans Over Democrats, And Here's Why 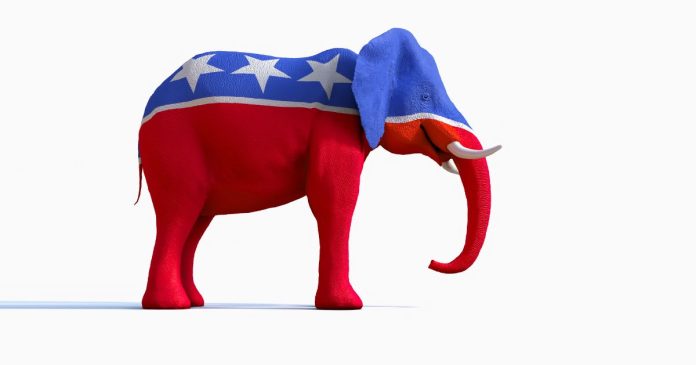 Neither party was viewed favorably by a majority of voters, but 44 percent of voters had positive views of the Republican Party compared to 39 percent for the Democrats, the poll found.

While Republicans were behind Democrats by three points a year ago, the GOP is leading Democrats in favorability on issues such as the economy and handling of terrorism and threats.

Most voters (57 percent) thought Republicans would do a better job of protecting the country from international terrorism and military threats, the poll found, compared to 37 percent for Democrats.

Respondents also thought Republicans would do a better job at keeping the country prosperous at 51 percent to 47 percent.

When I came to office, the economy was flat on its back—millions out of work.

So we acted quickly. We passed the American Rescue Plan, which lifted this nation from economic crisis to economic recovery. And every single Republican voted against it.

While Republicans have typically had lower ratings than Democrats, the Democratic Party’s current approval rating is 12 points below its average since 1992, while the GOP’s ratings are close to its average, according to Gallup.

Approximately 87 percent of Republicans and 84 percent of Democrats view their own parties favorably.

The poll serves as a warning to Democrats, who typically lead over Republicans for national popularity and positive image, according to Gallup.

Do you think the Republicans will sweep Congress?

Economic woes under the Biden administration, including inflation and a possible recession, may be chipping away at Democrats’ midterm prospects.

Previous polling has found that most voters trust Republicans, rather than Democrats, to manage the economy. Other polls have found that inflation and other economics are the leading concerns for American voters.

The survey polled 812 adults from Sept. 1-16 with a margin of error of plus or minus 4 percent.