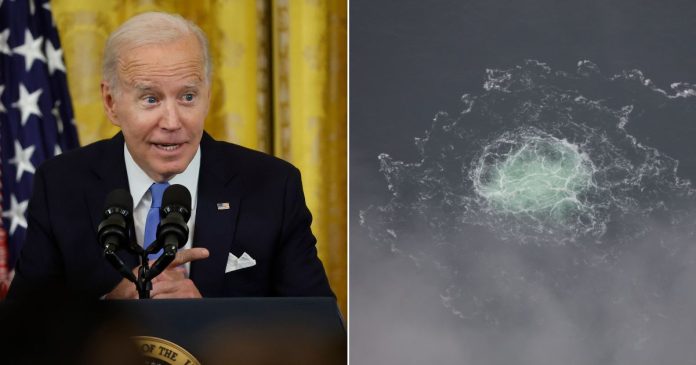 Barely two years into the Biden presidency the American people have seen a Russian invasion of Ukraine, an increased Chinese incursion into Taiwanese airspace and a disastrous withdrawal from Afghanistan, where the Taliban is now stronger than ever.

In a poll conducted by the YouGovAmerica in 2019, “a majority (59 percent) [of Americans] believe another world war is likely to take place in the next 40 years.”

This poll was conducted during a debatably successful Trump presidency.

One can only imagine how much that number has risen in the face of a Biden presidency that claimed an end to the Nord Stream 2 pipeline should Russian invade Ukraine.

Former President Donald Trump appeared to support the theory that Biden is driving the nation towards World War III in a recent Truth Social post.

His post included a video of Biden in February saying, “If Russia invades … then there will be no longer a Nord Stream 2. We will bring an end to it.”

“How will you do that, exactly, since the project and control of the project is within Germany’s control,” the reporter who asked Biden the original question queried.

Would Europe be more secure today if Trump were still president?

“We will, I promise you, we will be able to do it,” Biden responded, with a small smirk.

Trump headlined his post with the question, “World War III Anyone?”

Seven months after Biden’s ominous statement and a Russian invasion of Ukraine, Nord Stream 1 and 2 pipelines suffered from an apparent sabotage attempt.

According to Breitbart, “Danish Prime Minister Mette Frederiksen stated that the gas leaks, one of which occurred in Danish waters, were the actions of sabotage, although the Danish leader did not name any possible culprits who may have been behind the incident, stating, ‘There is no information indicating who could be behind it.’”

According to German media outlets, like DW Akademie, Russia has used the state-owned pipeline as an apparent saber rattle.

In August, a DW Akademie article stated, “There would be no gas flow to Germany between Aug. 31 and Sept. 3” from Russia due to “scheduled maintenance.”

“When asked about the resumption of gas supplies, Russian government spokesman Dmitry Peskov said, ‘There is a guarantee that, apart from technical problems caused by sanctions, nothing interferes with supplies.’”

In a less than subtle reference to U.S. economic sanctions being the motivation for the “scheduled maintenance,” Russia appeared to be threatening the German people with more of these supply shutdowns should the Biden administration not change course.

It was therefore extremely suspicious when — barely a month later — the state-owned Russian pipeline suffered dramatic damage that both sides appear to agree is the consequence of sabotage.

While no one at The Western Journal is saying the Biden administration is responsible for this sabotage, it is more than concerning that a president — who said, “Words of a president matter” — is making statements that have grave consequences should a foreign power like Russia take them seriously.