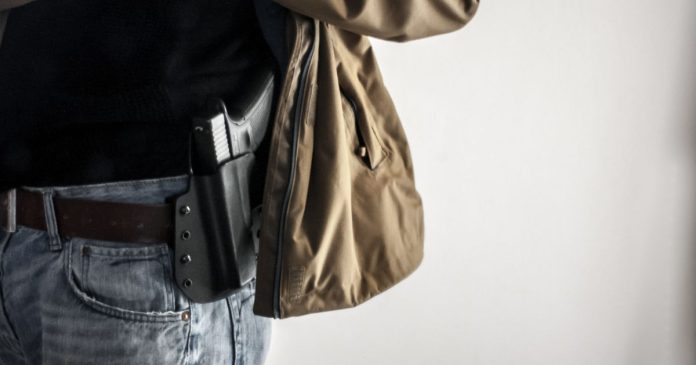 One of the cornerstones of American law is that you are innocent until proven guilty.

It sets American law apart from that in many other countries. It helps keep innocent people from being wrongly convicted.

It’s also something that Democratic politicians are willing to ignore as they weaponize the police against people who don’t hold the proper positions on various issues.

The most recent example of this can be found in New York.

The U.S. Supreme Court, the ultimate decider of what is constitutional or not, ruled in June that a New York state law that required gun license applicants who wanted to carry a gun outside of their home to have “proper cause” was unconstitutional and violated the Second Amendment.

The 6-3 ruling was a major victory for supporters of the Second Amendment, and since then, Democratic politicians have been working to circumvent it by making just about every space outside of a person’s home a location where it is illegal to carry a weapon.

As part of this effort, the New York Police Department has decided that any law-abiding citizen carrying a weapon is guilty and must prove his innocence.

In New York City, you can kill another person, rob someone, or destroy a business and you’ll get off with a slap on the wrist. But carry a gun, even legally, and the full force of the police department will come down on you.

Project Veritas released an internal bulletin from the police department about the state’s restrictions on concealed firearms. Right in the key points, it reads, “Anyone carrying a firearm is presumed to be carrying unlawfully until proven otherwise.”

Do you carry a gun in public?

The Second Amendment was included in the Constitution to prevent citizens from becoming victims of a tyrannical government, and New York’s actions to thwart the Supreme Court ruling show why it is needed. The Democrat-controlled government wants to control every citizen within its borders. Those who resist will be beaten down. An armed citizenry would make the government cautious about how hard it presses citizens.

It is also interesting to note that police have exempted themselves from the expanded list of restricted areas.

While it is reasonable that on-duty and off-duty law enforcement be allowed to carry firearms into what the state has deemed “sensitive” and “restricted” areas, the police are also allowing retired law enforcement to do so in an example of “rules for thee and not for me.” Retired officers should be considered regular citizens under the same restrictions that regular citizens are being burdened with.

Furthermore, it will worsen relations between the police and the public if they arrest citizens carrying legal concealed weapons while not having control of the violent crime in the city. One reason the citizens are probably carrying weapons is that they are worried for their safety in the city.

This is something the police union should be speaking out against. Because of this “guilty first” view of concealed carry, people will be hurt.

Michael Letts is the founder and CEO of In-VestUSA, a national grassroots non-profit organization helping hundreds of communities provide thousands of bulletproof vests for their police forces through educational, public relations, sponsorship and fundraising programs.