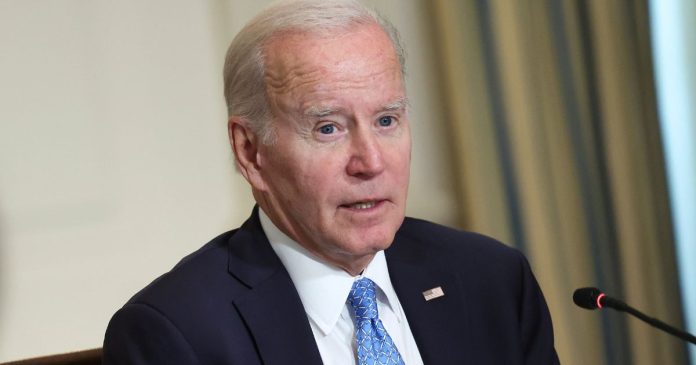 October 2, 2022
Reading time: 3 min.
Facebook
Twitter
Pinterest
WhatsApp
President Joe Biden attempted to speak to a congresswoman who has been dead for months during a Wednesday event, speaking about Rep. Jackie Walorski as if she were alive and in the room during the White House Conference on Hunger, Nutrition and Health.

“Representative… Jackie, you here? Where’s Jackie?” Biden said at the event, creating the impression he believed Walorski was present in the audience.

The Indiana congresswoman died in a tragic car crash in August.

In a news briefing after the event, the White House tried to deflect scrutiny over the lapse, making the questionable claim that Biden was merely trying to honor Walorski’s memory.

That’s how the Biden White House is attempting to explain away Joe Biden’s inquiry about the whereabouts of Republican Representative Jackie Walorski who passed away in early August. pic.twitter.com/kL6pswJfGC

The seemingly serious gaffe has led to renewed questioning about Biden’s mental acuity.

Biden’s struggles with public speaking and memory lapses have spurred skepticism since he became a 2020 presidential candidate, with the mainstream media refusing to seriously consider the topic at the time.

Should Joe Biden be removed from office?

There’s a difference between a doctor diagnosing an individual as having a medical condition and members of the public speculating about dementia.

Still, it’s reasonable to ask questions. There is a constitutional mechanism for removing a president from office on the basis of his inability to perform the duties of the office: The 25th Amendment.

The constitutional provision has never been used. It allows the vice president and a majority of sitting cabinet secretaries to declare in writing to the speaker of the House and the president pro-tempore of the Senate that the president is unfit for the duties of the office.

The veep goes on to assume presidential power as “acting president” in this scenario. (The amendment includes a way for the president to return to power, but Biden might be a little bit too old for coming out of retirement.)

So, it would take Vice President Kamala Harris and a majority of Biden-appointed cabinet secretaries to bounce the president. That’d be a tall order — perhaps, unless, there really was to be a (tragic and unfortunate) scenario in which Biden undeniably loses his remaining mental capacity.

However, the 25th Amendment, ratified in 1967, exists for a reason. Congress was concerned about a potential constitutional crisis in the aftermath of President John F. Kennedy’s assassination.

Lyndon Johnson, Kennedy’s vice president, had no vice president from the time he succeeded Kennedy in November 1963 until after he won the presidency in his own right in the 1964 election with then-Sen. Hubert Humphrey of Minnesota as his running mate. Humphrey became vice president in 1965.

It’s probably not going to happen, but it’s for the best that the United States has a legal mechanism to get incapacitated executives out of office in the event that they’re mentally unfit for the rigors of the presidency.