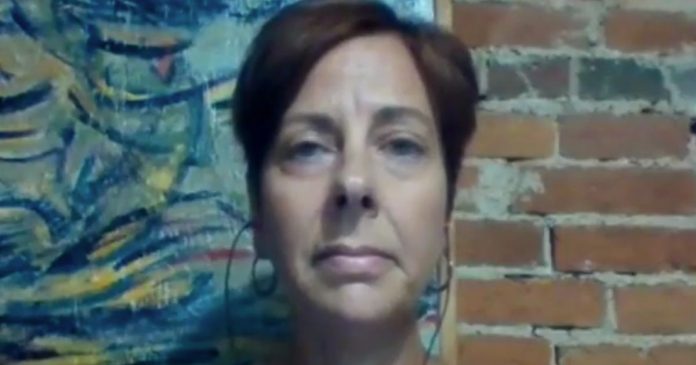 A Pennsylvania mother who had been registered Democrat for over thirty years has abandoned the party and signed on with the Republicans.

And she is far from alone.

On “Fox & Friends First,” Beth Ann Rosica shared why she left the Democrats after being loyal to the party for 34 years.  Her words are likely the same as the more than 39,000 other former Democrats in Pennsylvania who have switched party affiliation in the months leading up to the 2022 election.

Rosica cited the economic situation, but also emphasized what has happened to children during and since the COVID-19 outbreak. “I think the economy is huge, and I also think a lot of the school issues for parents across the state of Pennsylvania,” she said. “It’s just been horrific watching what’s happened to our kids academically, socially, emotionally.”

In contrast to the roughly 40,000 abandoning ship from the Democrats in Pennsylvania, approximately 12,000 former Republicans have switched their own affiliation.

Rosica continued: “All of these failed policies have just really resulted in academic losses.” She said that many people, especially parents, are “fed up and disgusted with what’s happened here over the last two and a half years.”

It was disillusionment enough to shake her from her longtime partisan roots. “As a former Democrat for 34 years prior to the pandemic, I, too, thought that the Democratic Party was really focused on the people that they pretend to support,” Rosica said.

Rosica insisted that it was the party’s reaction to COVID-19 that enticed her leaving the Democrats. “What I saw through the pandemic was that the Democratic Party basically abandoned all of those people.”

It was something that opened her eyes, Mrs. Rosica said. “And so that was why I left the party, or as I like to say, the party really left me, and I think that a lot more people are really starting to see that.”

It is a trend that is being witnessed nationwide. Numerous states have reported considerable changes in affiliation, with most new registrations being Republican. Earlier this year Nevada gubernatorial candidate John Lee left the Democrats. Lee said, “In fact, Democrats are now leaving that party in droves because of the socialistic agenda that has taken place in the Democratic Party,” adding, “They’re totally anti-American.”

Will extreme liberalism cost the Democrats in 2022?

The abandonment has Democratic leaders worried, particularly in light of how the dissidents come from across what had been traditionally seen as securely partisan demographics. The Heritage Foundation recently reported that Hispanic voters are increasingly becoming disenchanted with Democrats. Neither is a somewhat reliable block of young voters to be depended upon, as college students are increasingly leaving the Democrats.

And per the New York Post there are increasing signs that black voters are primed to leave the party in what could arguably be considered vast numbers. Commentator Candace Owens stated that “Black America is wising up to [Democrat failures], and the question now is whether or not it is too late,” adding that “every single metric is worse for black America under a Biden presidency than under a Trump presidency,”

President Joe Biden’s term so far has had massively negative consequences for the American people. High inflation, if not the early days of full-blown stagflation; a border so porous as to be practically non-existent; “green” laws and regulations that will prove to be disastrous — all of these and more have been wrought by the Biden administration and its allies. And they could to prove costly at the ballot box in a little over a month from now.

But though the Biden regime may have precipitated the mass exodus from the Democratic Party, it far from instigated it. The truth of the matter is that Democratic leaders throughout the party apparatus long ago abandoned whatever virtue “classical liberalism” had and instead adopted full-blown leftism that is anything but “progressive.”

Most Americans, when prodded, will respond that they do not want socialist policies enacted by Congress and the president. But that is exactly what Americans got, literally within minutes of Biden being sworn into office in January 2021. Most Americans will also admit that they do not want books depicting homosexual acts to be on display in their children’s school libraries. Most citizens also have strong opinions about illegal aliens storming across the Rio Grande, where Democratic operatives await to bestow upon them EBT cards and cell phones.  Indeed, some have left the Democratic Party on the basis of this issue alone.

And neither do most people in the United States want to give up their dependable gas-powered vehicles. Even Barack Obama’s former undersecretary of the Department of Energy dismissed the hysteria surrounding climate change. When one thinks of scrapping millions of gas-fueled cars and trucks, ponder this: Would any serious person want to try to evacuate from a hurricane in an electric-powered vehicle?

All of these things, and more, the Democrats have been cultivating for decades. They thought they were impregnable. But reality is a harsh mistress, and people are waking up to that reality in far larger numbers than the Democrats wish to acknowledge.

They bet it all on extreme liberalism. And now they are poised to lose. Badly. 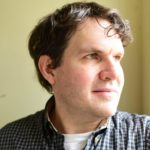 Christopher Knight is a writer and sometimes filmmaker based in the southeastern United States. He has written for American Thinker and The Western Journal, as well as his own blog (TheKnightShift.com). Find him on Twitter @theknightshift.